It was an overcast sky as I sat chatting in Sajda’s ‘aangan’ (courtyard) with her friend Saiqa, waiting for Sajda who had gone to a neighbor’s Quran khwani.

I felt this urge to record everything we talked about. Sadly, today I forgot to charge my phone so the battery was blinking.

Saiqa reminded me of helping her figure out what is wrong with her baby whom she is nursing. The doctors had told her to stop eating rice as it was aggravating the phlegm and congested the chest of the baby. When I told her about nutrition of the mother who nurses including eating fruits etc she laughed “Baji do you know the price of fruit, we can’t even do proper food”. 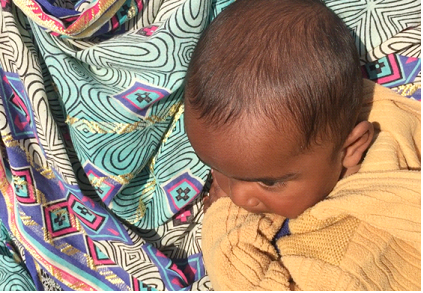 Today, she told me she bought Augmentin and Brufen as per doctor’s advice. This was another dose of antibiotic in a month. My brain went on an overdrive as I thought of the consequences of putting antibiotics and pain killers in a 4-month old baby’s delicate stomach.

“We are not doctors and we do as we are told”, said Saiqa as she saw me cringe and mumble to myself about the ways of ‘allopathic’ medicine and the frivolous ways in which we attack every health complaint with antibiotics.

Sajda, a victim of Polio at an early age and an admirably strong woman who manages our AKHO’s kitchen had still not recovered from her ordeal of loosing her two girls, 7 and 9 years’ old who were kidnapped a few days ago. We got the AKHO group unleashed and informed media channels, police, rangers etc etc. Anyone we knew we all called and pleaded. The girls were found after a grueling 24 hours. 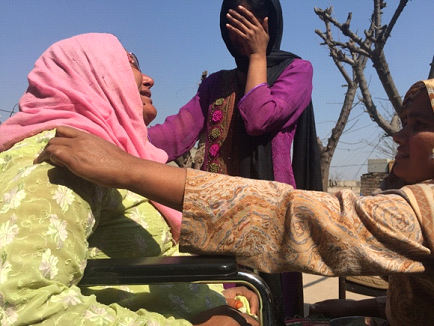 Sajda still in shock is unable to do much. She told me how difficult it was for her to think straight. She can just manage cooking the rice for our ‘women food circle’ of AKHO. “I still can’t sleep”. She recalls her conversation with her girls: Three men grabbed the girls and put them in a car. When they started to scream and shout and the men saw a police check post nearby, they threw them out of the car near the Rawal Dam spill way. Lost amongst the forested area they kept walking around and ended up at the house of the Dam manager. The man brought them home where they spent the night with his family. Luckily he saw the ticker on tv and brought them home to Sajda.

Only a few days had passed and here I was talking about the ideas that were brewing after our last meeting. What were we to do next in AKHO? 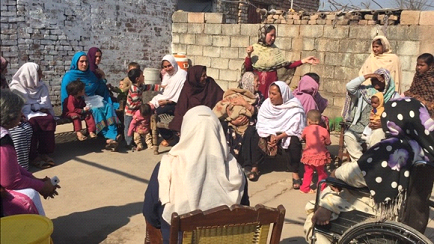 The food circle of AKHO’s ‘free food’ for women was not the objective but a path to finding ways of restoring dignity and livelihoods to women and children whom we had forgotten. I had suggested sewing and selling food after our survey of the skills of women who were living around the area.
We discussed ‘thelas’ (carts) for home cooked food that can be sold in the market. 2-3 families could share a thela and earn.

As I continued to plan, the conversation drifted to the ‘bhattas’ (illegal) money that all thelay-wallas pay to CDA. I was told that they charged 2-4000 Rs from each person. I had no idea. As the stories unfolded I realized someone needs to do a story here. Because of this malpractice the poor people have abandoned many efforts to earn a living including Sajda’s husband. “I gave it up. CDA people would ask for Rs 4000 a month which was impossible as I could not save that much from my small fruit thela”.

Who are these people who charge the bhattas? There are regular fish, fruit and falooda thela’s on Park Road in Chak Shahzad all the time. I see them daily. Do they all pay? “Yes” I am told. When the big guns make random checks the lower staff rings and informs the ‘thelay walas’ who pay regularly.
Sajda said last month they saw the fish sellers dump everything into a small truck and hide the ‘rehri’ behind the bushy growths till the CDA monitors disappeared. The stall was reset afterwards.

I kept wondering what was the rule. Are thela’s allowed or not in Islamabad? If not then why are they everywhere. How can we stop the poorer families from selling smaller quantities to earn their livelihood? How can we stop the staff of the organization who is tasked with discipline to stop charging the poor people blood money because that is what bhatta is.

Before I could breathe a sigh, the conversation drifted to this disabled woman who was living in the neighboring ‘katchi abadi’. An abadi that apparently CDA had paid for and given the owners land in Shahzad town. Many have moved out but have kept the old abode as well, since those houses were not demolished, which they rent out to poorer people in transit who are desperate. One such room was rented out to a woman called Khalida and her brother Ashraf.

Khalida cannot walk and is confined to her room. I asked if she gets AKHO rice. The ladies informed me that no one comes to get it and the times she has sent rice to her they fear she does not get it.

That was it. I put Sajda in my car and went to visit this woman.

There are days when my shame and inadequacies as a conscious human get the better of me. Today was one such a day.

The door was open in this one room. So we said our salaams to a man inside who turned out to be Khalida’s brother. Another was sleeping on a mattress on the floor and woke up as we introduced ourselves. Some wood was stored inside alongside a small ‘choolah’ and sparse kitchen items.

So the men go whenever and wherever to relieve themselves but where did Khalida go?
The brother takes her to a relative’s house close by. “Sometimes I have to listen to their complaints of why I have come and what bad timing I have”. Sajda and I could not get our head around the ‘no toilet’ part. Sajda blasted off about the selfishness of the landlord and the brothers. “What if it was you? Could you hold off if you had to go? You have no idea and you cannot feel what we go through.”

Khalida does not leave her room home much. She says people make fun of her and talk a lot so she just stays inside and cooks and cleans for her brothers. Here is a woman whose size is closer to a dwarf because she broke many bones in her body when she was just a young girl when the “charpoi fell on her” informed her brother Ashraf.

She has no bathroom. No bathroom and no hope. Her mother died and then the father passed away leaving a pension in her name. She gets Rs 4000. Correction! Her brothers get the money from her.
She cooks and cleans for them and in return she is carried to the toilet in some other house daily.
The brother has managed to buy a motorcycle but cannot arrange a toilet for Khalida?

My heart was screaming by now as it hit me that all this is happening right under my nose. I don’t know what else lurks in the shadows.

All this is not news to me. For the past 20 years I have traveled nearly everywhere in Pakistan seeing the beautiful and hopeful as well as the dark side of our shortcomings.
It gets me every time though how overrated ‘help’ is. Government’s help, NGO’s help, UN’s help.
We will not make a dent in the giant of poverty unless we radically correct our intentions and single mindedness.

This is shameful. Unacceptable.

As we get busy building our personal perfect lives we do not have time left to look into the eyes of this injustice let alone address it. Perhaps our conscious pricks us and for a moment diverts our attention so we do see and realize what we have ‘not done’ for our citizens, especially the women.
8th March is here and I know millions of women will continue to live without toilets, with child abductions, hungry, unheard, isolated and in fear.

After all is said and done in conferences and in media’s glossy pages and tv’s talk shows we all would have done our part, whatever that is, and sleep a little better. But deep down inside I am not satisfied that it is enough. Till the day majority of us decide to flip our reality, declare an emergency and reinvent our country we will simply put up a patch on the glaring reality and make do.

8th March will come every year and go and will hardly matter to the poor and the needy women who will continue to exist in the shadows under our noses.

About the Author: Huma Beg